So there's this boy.

He's really sweet to me.  And although I've known him for a few years, it seems like the truer I am to myself, the more he appreciates me.  Sure we have our bouts, like any relationship, but it's clear that he loves me unconditionally.

The other day we were at Burger King (a funny place for a scene, if you ask me) and he was in the booth bench beside me.  He put down his cheeseburger, and with ketchup all over his hand, slipped his arm around my neck and fingers in my hair.  He looked me straight in the eyes, and with his breathy little voice, he said, "Hiiieee, Mom!"

What a little charmer.  PDA in Burger King.

He stood there on the bench with his arm around my neck while I tried to eat my Whopper.  But, for some reason, eating didn't seem as important as just closing my eyes, snuggling right back with him and repeating, "I sure love you.  You are so sweet."

I didn't even care who was looking on because, as the saying goes, "You can't stop love."  And the fact that my four-year-old son finds it necessary to swoon over me at a burger joint while his nana finishes her fries across the table just fills my heart through the entire universe.

So I treasured it.

He has done that same sweet thing more and more often lately.  I lift him up into my arms after school and he just plants a sweet kiss right on my lips.  I don't even have to ask!

And to make me wonder if he is buttering me up for something, he put all three dozen animals away into their bucket without being asked before bed time last night.  What a great little helper!  I am so proud of the little man he is becoming.

Speaking of animals, though, listen to this.

Brady P. cycles through different obsessions.  For a while it was dance pop music, then EIEIO (for an hour straight, if I could stand it) and now it's animal sounds.

He watches one hour of computer a day, and I let him pick what he wants to watch because it's his special time.  Well, there's this collection of videos of animal sounds from all over the world.  I mean, there are animals I have never even heard of on here: coypu, capybura, tapir and oryx to name a few.

As each animal is introduced, a video clip plays while its name is displayed in fourteen different languages, and a lady says its name in a strong South African accent.  The video plays a couple signature sounds for each animal.

Braeden has watched hours of this because it's his new obsession.

Well, one day, one of those videos came on after an EIEIO song (or forty) during music time.

Here's where my mind was blooooooooown away.  In the video that day, the lady did not say the names of the animals, and Braeden was not watching it -- just listening.

So we had these animal sounds playing raw and unnarrated through the speaker.  Braeden stopped playing with his other obsession, the flipping Ninja Turtle, and stared in deep contemplation.

Do you know what he did?  He told me what animal was making the sound.  He listened briefly, and after a moment, said the word as best he could.

Not always able to make out the exact word he is saying, I looked at the video that played up on the counter and saw the name of the animal making the sound.  I can't say he got them all exactly right, but he was differentiating animals with savant-like precision.

Do you know what sound a kangaroo makes?  How about a guinea pig?  Orangutan?  Moose?  Toucan?  Lynx?  Sloth?  Meerkat?  Anteater???

Brady P. knows.  And he can pick their sounds out of 100 other animals.  The boy just amazes me.

Not only does he like what he likes, but he excels at it.  Flabbergastingly so.  He has graduated beyond Old MacDonald's farm and can now give tours at the Disney Zoo.  Maybe we'll go there someday.

Here's a link to the Zoo Video we listened to that day that made me realize just how far he has come.

And for fun, here's a picture of Brady P. the first day I took him out to skate.  His skates were too big, but he glided from side to side pretty naturally -- if I held him up! 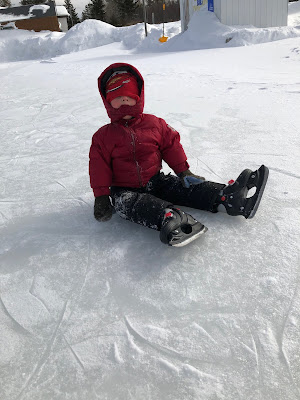 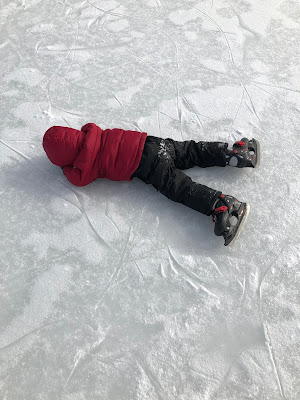