B and I just took a flight together. It's been three years since we got on a plane.

We flew down so he could hang out with his dad and fam in Arkansas for a week.

We took the 5:30am flight out of Hancock (thanks for your help with that,  Miss Liz!). Who wants to wake up at 3 in the morning to start their day?

But we did it.

He was a trooper to the best of his tired, seven-year-old ability.

And as a reward for this first feat of the day, we got to watch the sunrise over the clouds. 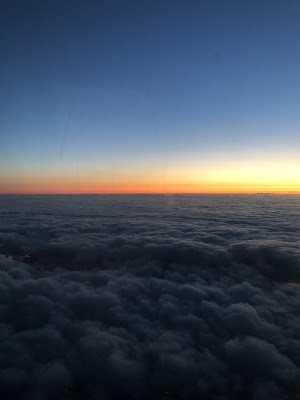 My word. What a nice piece of work.

Then we got to Chicago O'Hare International airport. Have you heard of it? It's pretty big. Wink.

We, of course, landed at the gate furthest from our next departure, but we had two hours to get there. Even with time on our side, it was not easy.

But alas, that was not acceptable behavior for a tiny hugger in a giant airport. I "threatened" to put our bracelet on. You know, the one that connects his wrist to mine with the stretchy cord in between?

He was not having that at all.

Fine. At least I could use it as a warning.

But he was so tired and slightly out of it that I could not get him to cooperate on his feet.

I slung my purse and his backpack over my shoulders. I hoisted him onto my shoulders, looked at the map, found our gate, and hoofed it like the determined mother I have become.

Once at our gate, I felt like we had freedom. Freedom to eat, pee and wander a bit.

We took a couple walks (and runs) through our terminal because I figured that was our exercise for the day.

But this is Brady P Pie Poe Jonesie of Love. So we don't just walk somewhere.

I should have taken a video of him. He paraded himself through rows of people waiting to board. He said "hello!" to every single person on this parade route. If they didn't respond, he stopped and said it again until they returned the greeting. He blew kisses in the air like the queen on her float.

Needless to say, he charmed the hearts of everyone on his route -- even if they were trying to sleep.

It was all his idea.

My heart just bursted as I watched him take control of this situation and spread good vibes. I could hear people muttering: Well, he is bringing good energy to this day! Oh, isn't he precious! I needed that. What an angel.

The way that people smile when he reaches out to them is sooooo big. So deep. So real and so healing.

I know I say this often, but I just can't believe that I get to be his mother. One of his guides through life. One of his cheerleaders and nurturers. What an honor.

Ironically, the last post was about interconnectedness. I feel like O'Hare airport is one of the hubs on this planet where people from all countries and cultures congregate.

It touched my heart so deeply to be amongst so many different types of people. The immersion of culture is not something we've felt for at least three years, and that experience filled a void in me.

It's because of that that I can't wait to go there again tomorrow and get our fill of people. I'm sure he'll be excited too. 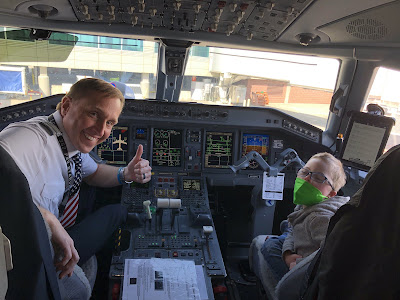 The more I learn about Brady P, the more I realize that he does not have double standards nor does he separate people into categories.

Let me try to explain.

If he sees me getting dressed in the morning, he will come to "help" me because I help him get dressed. If I finish all my food, he will say, "You did it!" When I go pee or poop in the potty, he cheers, "Great job, Mummy!" because I praise him for doing that.

Do you see what I mean? He doesn't seem to think that he is the only one that should be praised for these things. He praises other people too for doing what we would consider mundane tasks.

When it comes to other people we do not know, I believe he is incapable of judgement. He sees everybody like the beautiful, glowing soul they were when they came to this planet, and he shows his appreciation with a big hello, by asking their name and excitedly repeating it back to them or giving them a hug.

Some people appreciate this more than others, but still, he does not falter to illustrate our interconnectedness.

I absolutely LOVE that about him.

He reminds me -- and anyone else he comes into contact with -- that we are all connected.

And we deserve love and respect.

I really don't know what else to say about that except that Brady P is honestly the most pure and consistent example of this.

His love does not know boundaries. It can't even fathom that boundaries could exist between people. Or groups of people. Or anywhere in this world.

I'm so flabbergasted by his genuine care for others that, well, I have to write about it!

I know I say this often, but I just hope that his view on life keeps rubbing off on other people. It is truly what this world needs, and I don't even need to say anything else about that.

I sure hope you have a great day. Maybe you will inspire someone too! 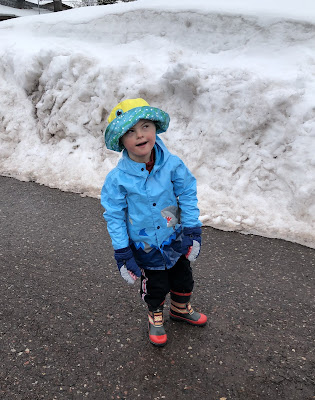