We just got our Internet back after this last storm.  And now I have to go to town to give a presentation, so I will write tomorrow.

But don't go telling me that they just grow up so fast.  That you blink and they're in college.  That time just flies when they're little.

That is not the case for Brady P. Pie Jones.

He still wears pants made for a 12-month-old.  The kids at school call him a baby, and some of them are three years old too!  He doesn't talk.  He doesn't dress himself.  He still poops in his diaper and denies it.

Don't think I am complaining.  I don't know any different, and I really don't care because he is my Braeden.  He is different, but he is awesome.

In our daily life, he amazes me everyday.  He is so sharp, storing a wealth of knowledge in his brain.  His loving eyes and smile captivate innocent passersby.  He shows interest in his independence.  He is curious about e.ver.y.thing.  Everything.  It's no wonder it takes us so long to walk to the lakeshore!

And I wouldn't trade him for an ordinary kid.  Nope.  I'm glad he is extraordinary.

This summer he surprised Grammy Linda and me with his exuberant gestures to oration and songs.  I wasn't going to share this video with the Internet (mostly because I was trying to chant like a preacher), but it illustrates the awesomeness of Brady P.

We did this totally impromptu, but it is still one of our favorite videos to watch.

So I have started advocating for Brady P., people with Down syndrome and every person on this planet.  I can't help it.  It's what I came here to do.

I am a member of the Upper Peninsula Down Syndrome Association.  They raise funds to help educate and support families of a person with Downs.  They also offer fun events that allow the parents and families to get together and bond.  Oh, man, do I love that part.

I am joining the Parent Advisory Committee for parents of a child with special needs in the Copper Country.  Through that organization, I have also heard of other programs available in the U.P.  I can announce those once I check them out.

I wrote my memoir about raising Brady P, and how that affected my life dramatically.

If I would have had an ordinary child, I would probably still be freelance writing for outdoor adventure publications.  A fine career, but this new path has so much more meaning for me.  So much passion.  So much purpose.  So much love.

Thanks for being a part of it.

Now this is a free blog, and it will always be that way.  But I have an idea.  If you would like to give a gift in honor of Brady P.'s birthday, why not donate to the Brady P. Project?  It a can be a gift in any amount.  Though your donation is not yet tax deductible, it will be once our initial $400 goal is reached to apply for 501c3 status.

Thanks.  Even if you don't donate, thanks for reading and expanding your heart and mind.  Smiley face.
at October 18, 2017 No comments:

This past week, we took advantage of some nice beach days.  Of course, beach days for us consist of sitting on the shore chucking rocks.  But when we can shed our jackets in October and bask in the sun's rays, we feel pretty lucky.

Yesterday, however, was one of those nippy days.  Our hands got stinging cold from picking up wet stones.  We bundled up inside our hoods.  I should have worn long underwear.

At one point, Braeden stood at the top of the rocky shore along Hunter's Point and watched a wave come in.  I could see he was focusing on its path and timing its crash in his mind.

Once it peaked its spill just inches below his feet, it retreated back into the clear water, rolling the loose stones along with it.

Braeden took this all in, and after that wave pulled away, he signed "more."  I busted out laughing.

"Did you just sign 'more' to Lake Superior, Brady P?" I cackled.

Now he can be a little incessant with his mores.  Like when I start doing handstands.  Or if Aaron give him a drink of his smoothie.  Or if he wants Grammy to start throwing his rocks.

So perhaps it is a bit habitual.  But I have never seen him sign it to a non-living entity.  That Lake Superior, though, she definitely is her own life force.

And, as the waves rode, she gave him another one.  And another, and another.  He didn't even have to ask.

Completely unrelated, guess what he got today.  He got his school picture taken.  Whaaaat?!?!

That's right.  My days-away-from-turning-three-year-old attends the Copper Harbor one room schoolhouse two days a week for two hours at a time.  It's just enough to get him familiar with the kids, teachers, property and routine.

He seems to like it pretty well.  I do have to stay with him since he is not yet potty trained, but that's okay for now.  He is still a mama's boy anyway.  I would be too, if I was him.  Wink.

I'm excited to see what and how he learns from the school.  It's a great social outlet for him and a chance to get the heck out of our house.

I wish I had a copy of his picture to post here, but we'll wait until it's ready.

I am jumping out of my skin!

Go to www.CopperHarborVitality.com to browse some more inspiration, check out the Brady P. Project or order your memoir!

And let me know if there are any glitches.  Haha.  I am not the perfect technical person!

Email ThisBlogThis!Share to TwitterShare to FacebookShare to Pinterest
Labels: Memoir!

The Moment I've Been Waiting For!

I want to thank you for reading this blog.  No, really.  Thank you!

By reading this blog, you acknowledge that magic is apparent in the smallest places, if you look for it.  You accept that we are all different, yet worthy of love.  You understand the value of a day spent in the fresh air.  And your heart is open to possibilities.

That is awesome.  Keep it up!

You also realize that life with Brady P. is a little slice of incredible all on its own.  These days, it is incredible in a positive way.  Right when he came into my life, however, it was incredible in a "holy-crap-I-can't-believe-this-just-happened-to-us" sort of way.

In a word, it was tough.  Overwhelming.  Exhausting.  And sometimes grim.

Okay, that was four words.

But I don't talk about that in this blog.  This blog is about the rainbow after the storm.  The light that breaks through the darkness.  The lemonade made from every last drop of reamed lemons.

Great.  I wrote a book about it all.

It's called Digging for Light -- A Memoir to Inspire Humanity.  It smears my naked heart and soul across 220 pages.  If you read it, you will laugh.  You will probably cry.  But most importantly, you will look inside yourself and ask how you can be a better person.

Two years in the making, this memoir is ready for you.  And since you are a loyal follower of this blog, you get the pre-order package deal if you decide to order.  Here's the scoop when you pre-order a personalized autographed copy:
How do you order???

Click the link to CopperHarborVitality.com and visit the bookstore.

I will post a reminder here on Friday, so if you get this delivered to your inbox, you will get the link there when it's ready.

A couple more notes:
Thanks so much for your support -- no matter how you show it.  I hope you get to take part in this very special moment in my life! 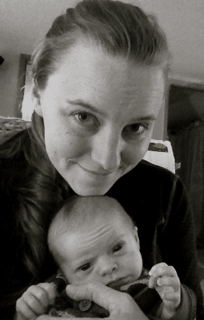